Hillary Clinton has endorsed Joe Biden for the US Presidency, saying the United States needs a “real president” and not just “somebody who plays one on TV.”

“I wish you were president right now,” said Clinton, who headed the Democratic ticket in 2016 but lost to Donald Trump.

Mrs Clinton said the coronavirus crisis gripping the United States – which today reached over 1 million cases – “is a moment that we need a leader, a president, like Joe Biden.

“Think of what it would mean if we had a real president not just somebody who plays one on TV,” she said in a jab at Mr Trump, Biden’s expected opponent in November.

“Just think of what a difference it would make right now if we had a president who not only listened to the science with facts over fiction but brought us together,” she said.

Mr Biden thanked Clinton for the endorsement, calling her “the woman who should be President of the United States right now.”

He said that rather than accepting Clinton’s endorsement “I wish this was… my supporting your re-election as President of the United States.”

“We’d have the pandemic but you would have already been prepared for it,” he said. 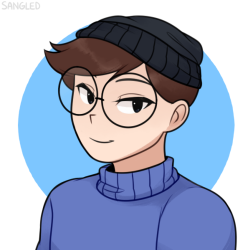 Fintan Gallagher
Fintan is the News Director for AllNews.ie. He leads and manages the planning, production and presentation of news. You can contact him by emailing .

Fintan is the News Director for AllNews.ie. He leads and manages the planning, production and presentation of news. You can contact him by emailing .

Department of Education announces arrangements for the Junior Cert