The UN Special Rapporteur on extreme poverty and human rights Philip Alston has said that Ireland’s attempt to improve access to welfare benefits and digital government services through its Public Services Card (PSC) is being implemented in ways that gravely prejudice the least well-off.

Alston said that the steps required to obtain the card are manageable for most, but “can be a nightmare for the especially disadvantaged because of the bureaucratic obstacle course involved.”

“They have to jump through a number of hoops to prove their identity, including providing documents which many find hard to access and attending an interview which might entail a major disruption,” Alston said.

“Too many of those living in poverty, including people with disabilities and other marginalized groups, are unable to get the support they need as a result of the requirements involved in obtaining the PSC,” he warned.

The Special Rapporteur’s statement comes after the publication of an official communication sent to the Irish Government on 14 April 2020, expressing his concerns about the PSC and asking detailed information about its implications.

Alston welcomed the recent waiver of the PSC requirement for some benefits during the COVID-19 pandemic, but saw this as an acknowledgment that the existing system was unduly burdensome.

“It is not clear whether the Byzantine legal framework actually provides a clear legal basis for requiring welfare claimants to obtain a PSC, despite the government’s claim to the contrary,” Alston said.

“The most consistent justification offered for such a demanding and intrusive system is to reduce fraud and wage war on an alleged army of ‘welfare cheats’. In fact, the PSC does relatively little to reduce identity fraud while already costing the Irish taxpayer at least €68 million.”

Against this background, the negative impact of the PSC system on the human rights to privacy and data protection of poorer and more marginalised persons is unreasonable and disproportionate. Apart from the intrusion of being photographed and having that photo run through a facial recognition tool, there is also the need to reveal sensitive personal information to obtain the card, such as whether you are adopted, which in Ireland can raise especially painful concerns, Alston said.

“In a classic example of ‘doublespeak’, government officials have claimed that the PSC is ‘not compulsory, but mandatory’. While this might be true for the well-off, those who rely on the government for assistance have no choice but to give up on their privacy and dignity in order to get help,” said the UN expert.

“Despite repeated claims by the Irish government to the contrary, the PSC has many of the characteristics of, and can readily be turned into, a de facto national biometric ID scheme. None of this is to imply bad faith on the part of the government, and a card that makes access to government services easier, including digitally, is certainly welcome in principle.”

“The real problem is that the current system, rather than being devised in a carefully thought-through way, is the result of endless adjustments and amendments to legislation adopted long ago. Over the past 24 years or so, successive Irish governments have stumbled into a project with potentially huge implications for the citizenry with minimal deliberation by the Dáil, little consideration of alternatives, and constantly moving objectives. Such a far-reaching scheme needs to be approached very differently.” 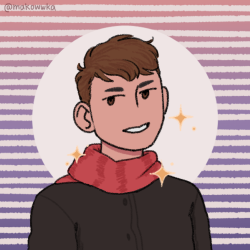 Patreon has laid off 13% of it’s staff team