Covid-19: Tokyo 2020 Olympics have been postphoned

The International Olympic Committee has announced that the Tokyo 2020 Olympics have been postphoned in light of the Covid-19 pandemic. The IOC said it “must be rescheduled to a date beyond 2020 but not later than summer 2021”.

In the present circumstances and based on the information provided by the WHO today, the IOC President and the Prime Minister of Japan have concluded that the Games of the XXXII Olympiad in Tokyo must be rescheduled to a date beyond 2020 but not later than summer 2021, to safeguard the health of the athletes, everybody involved in the Olympic Games and the international community.

Until just a few days ago the IOC, along with the Japanese government, had insisted there were no plans to delay the Olympics given they were not due to start for another four months but Japan’s NHK public television reported on Tuesday that Japanese PM Abe wanted a one-year delay.

The decision came after Canada and Britain said they would not send athletes to Japan in July, citing coronavirus concerns. 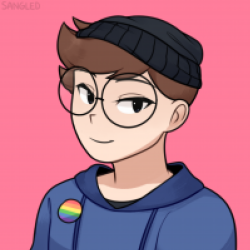 Boris Johnson announces lockdown across UK in response to Covid-19