Boris Johnson announces lockdown across UK in response to Covid-19

The Prime Minister of the UK has announced a strict lockdown across the country in response to Covid-19, as the number of cases in the UK have increased to more than 3,000.

The PM warned that people will only be allowed outside to buy food or medication, exercise alone once a day, or to travel to work if absolutely necessary. All non-essential shops will close with immediate effect, as will playgrounds and libraries, he said in the address from Downing Street.

“If you don’t follow the rules the police will have the powers to enforce them, including through fines and dispersing gatherings.”

The decision follows Friday’s announcement that all pubs, restaurants and gyms should shut down. It came after commuters packed on to trains on Monday, and sun-seekers crowded into parks over the weekend.

As the prime minister’s statement was broadcast, MPs were debating emergency legislation giving the government the powers to ban gatherings, forcibly quarantine suspected sufferers, and compel schools to remain open, for a period of two years.Ministers announced on Monday that the legislation could be reviewed by MPs every six months – a significant concession

Scotland’s first minister, Nicola Sturgeon, had said earlier on Monday that non-essential business such as hairdressers should close, and she would be ready to enforce distancing measures if necessary. “We will within days have emergency powers and we will use them,” she said. 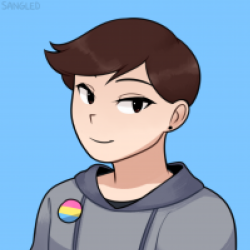 Conor Hayes
Conor is a reporter for AllNews.ie. He covers a wide range of issues, including Irish politics, international news and the coronavirus. You can contact him by emailing .

Conor is a reporter for AllNews.ie. He covers a wide range of issues, including Irish politics, international news and the coronavirus. You can contact him by emailing .

Covid-19: Tokyo 2020 Olympics have been postphoned