Sinn Féin leader Mary Lou McDonald has told RTÉ’s Drivetime that a response to Leo Varadkar’s text and letter are on the way. In a press conference today after a Cabinet meeting, the acting Taoiseach accused Sinn Féin of snubbing his offer for talks.

“What I’ve said for the past two or three weeks is that we won’t form a government with Sinn Fein but we’re not refusing to speak to anyone […] and we’ve spoken to Sinn Fein on many matters in the past in relation to lots of different issues and do so regularly. So we said we are willing to speak to any party but not about the formation of a government. We’re not doing that at the moment. And I wrote to Sinn Fein last week to confirm that applied to them as well. But we’ve had no reply from them.”

In response on RTÉ Drivetime, McDonald said that she has a response sent to the acting Taoiseach.

Actually I have a letter drafted back to the Taoiseach but I got caught by surprise in the last couple of days. I have the letter and I can assure the acting Taoiseach over the airwaves that that letter is on its way to him.

Today, the Sinn Féin leader said she will attend the Dáil on Thursday – when it is scheduled to resume.

“My children are well and I have been advised there is no reason for me to stay away. I’m very cautious when it comes to things like this, I won’t do anything that poses difficulty or puts anyone in jeopardy. I’m very much one to err on side of caution.” she said. 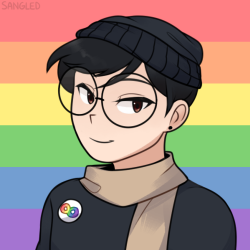 Josh McDonnell
Josh is AllNews.ie's Chief Politics Writer. He leads and manages AllNews.ie political coverage. You can contact him by emailing .

Josh is AllNews.ie's Chief Politics Writer. He leads and manages AllNews.ie political coverage. You can contact him by emailing .

Second case of Covid-19 confirmed in east of country